Individual control buttons makes the system very easy to use as most control functions require only one press operation. Individual LED status indicators provide operator with a quick overview of the system status at a glance.

A wide range of system fault monitoring circuits and fault indicators are built into the system. Handsets and cables are supervised for open and short circuit faults. Power supply unit and battery charger are protected by fuses and supervised for faults. A one press Lamp Test button checks for faulty indicators.

The built-in battery enables the system to function without interruption even when mains supply fails. After a mains failure, a boost charge facility allows the drained battery to be recharged to full capacity in a shorter time. A digital voltmeter and ammeter provides accurate and easy to read system voltage and
current levels.

An optional Cassette Interface Module (complete with cassette recorder) is available to record all voice transmission through the system. The recording can be started automatically whenever the fire alarm system is activated.

The system meets the requirement of Singapore Standard CP25: Code Of Practice For Emergency Voice Communication System in Buildings.

Privacy Mode
The Privacy Mode facility allows private conversation between the Master Handset and any selected Remote Handsets. Remote
Handsets which have not been selected will receive a “busy” tone. The system is on Privacy Mode by default.
1. When the Master Handset is raised, the “PRIVACY LINE ON” indicator lights up indicating that the system is in Privacy Mode.
2. A “busy” tone will be heard on any of the raised handsets. The “CALL” indicators of the raised handsets will flash.
3. Pressing the “SELECT” button of any raised handset zone will establish communication with it. The flashing “CALL” indicator of
the selected handset zone will turn steady.
4. Additional callers can be added into the communication channel by pressing its “SELECT” button.
5. To disable Privacy Mode and allow all callers to participate in the communication, press the “PRIVACY MODE” button. The
“PRIVACY LINE ON” indicator turns off. The system is now in conference mode and all new callers will be able to participate in
the conversation. 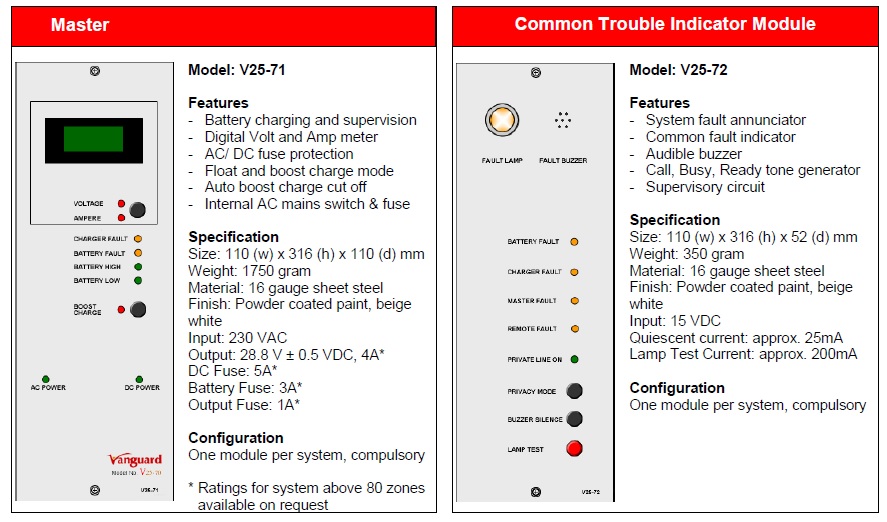 Whatsapp Us
Whatsapp Us Now
Hello, Need help? Get In Touch Immediately
Powered by
Scroll to top